Is There Really a Housing Crisis in the UK?

Is There Really a Housing Crisis in the UK?

British folks living in crowded cities, but finally decided to move to suburban or rural homes, seemed to have solved the so-called housing crisis in the UK. Contrary to what many people in the housing industry are saying, there is no housing crisis.

There is enough supply of affordable homes in many parts of the country. There, architects are keeping the designs within the sustainable and affordable limits for ordinary British citizens rather than for moneyed investors.

The greater role in affordable housing is being played by architects who have less interests in enriching city developers; but are driven by real passion to improve the housing situation.

London Mayor Sadiq Khan appears to have finally grasped the real problem affecting the housing situations in UK cities. Through a programme tagged as Small Sites, Small Builders, Mayor Khan announced that they will be freeing up small plots of government-owned properties near and around the city to encourage the construction of affordable houses.

The difference however, is that this time, the city government encourages new architects to get involved by building their own projects. The program will also include small-scale developers committed to building affordable quality homes.

The Perceived Housing Problem in the UK

Apparently, the root cause of the so-called housing crisis in UK cities are homes that come in architectural designs that ordinary citizens cannot afford. 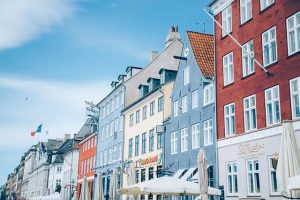 Actually, they are designs that developers believe. foreigners would like to buy not as their home away from home but as investments that in the future will double in value or even higher.

The UK government continues to embark on projects that aim to arrest the growing number of homeless citizens in prominent UK cities, especially in London. Yet according to Shetler, a non-profit housing charity organization, the annual projection is to build 330,000 government or charity-owned house-buildings that will accommodate the growing number of homeless people in the city. That is despite the fact that the number of houses built in the past years always fell short due to budget constraints. In fact in 2016-2017, the capital city’s actual construction projects produced only 184,000 affordable but space-limiting houses or social homes.

Amidst all these low-cost housing projects. the costs of buying or renting homes continue to increase. As investors continue to sell or let their luxury houses to wealthy foreigners, celebrities or retired expats, the fair market value of leased or home rentals also increases. 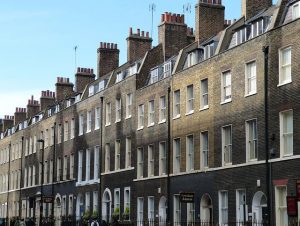 More often than not, their architectural designs have given little thought for landscaping or health amenities.

As an after thought, if there is any good that came out as a result of the need to frequently move to a more affordable but smaller home, it’s the emergence of a new breed of relocators or movers called man with van services. People residing in smaller apartments simply need a more affordable means of bringing their small pieces of furniture and belongings to a new location. As things turned out, the relocation services offered by man and van companies in London became highly sought after by folks that ordinarily relocate from one affordable home to one that is more livable but likewise temporary.